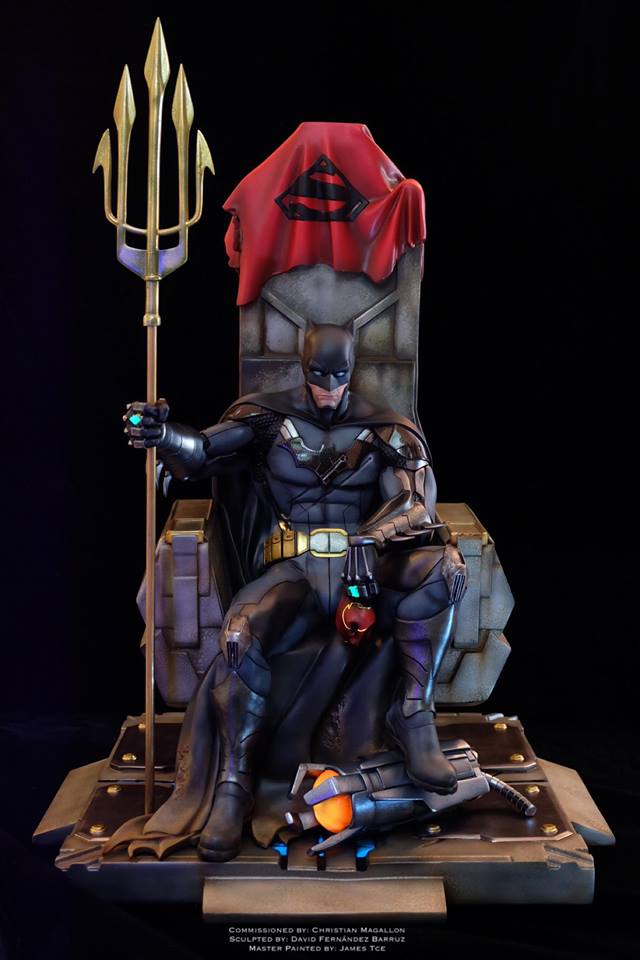 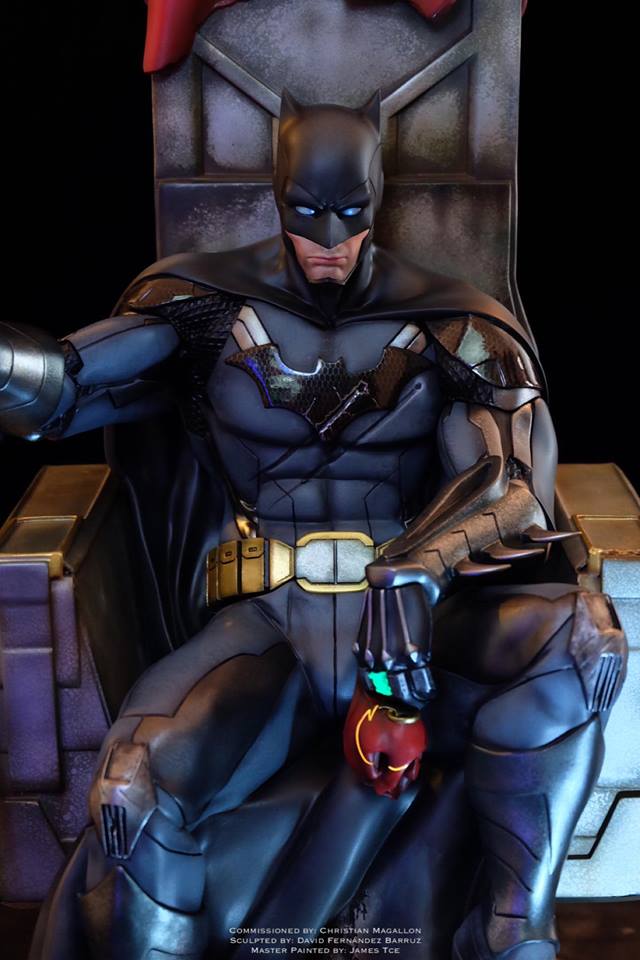 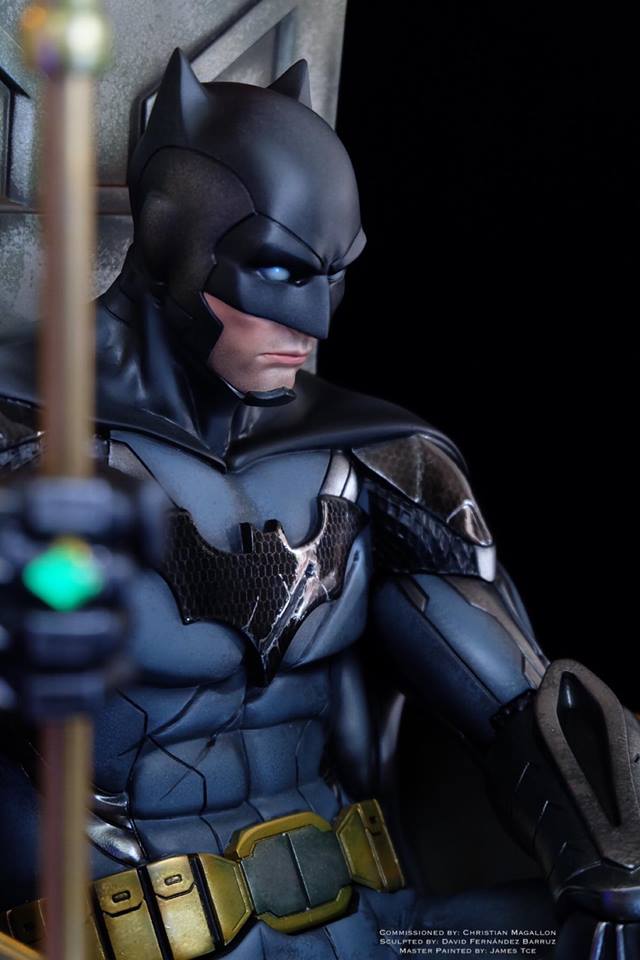 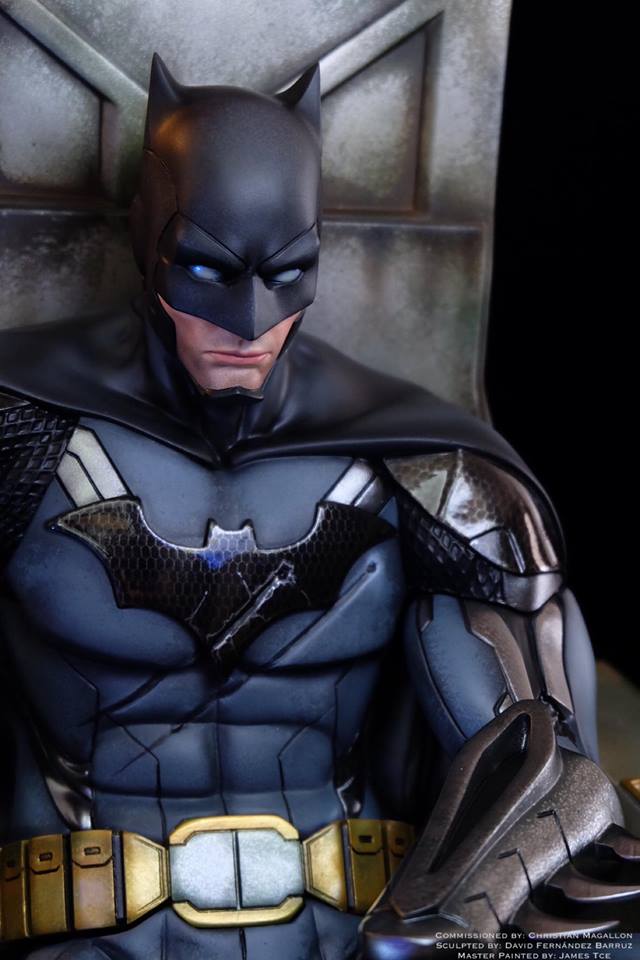 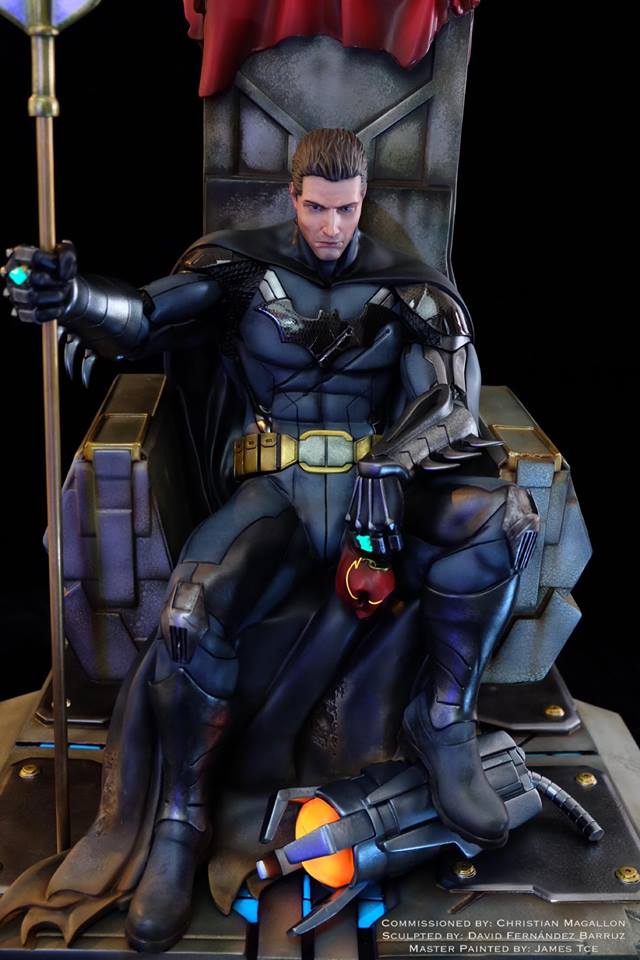 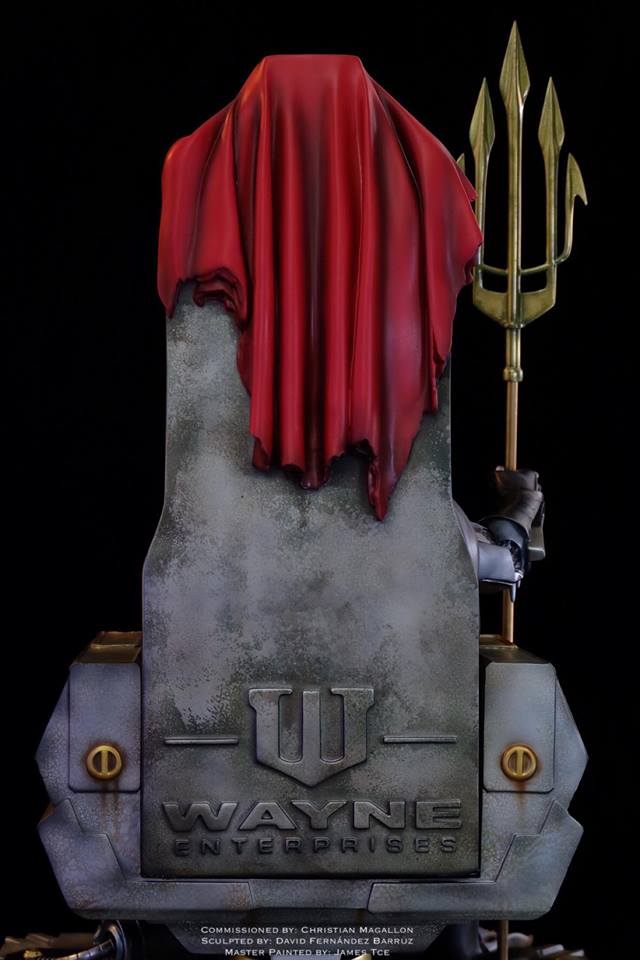 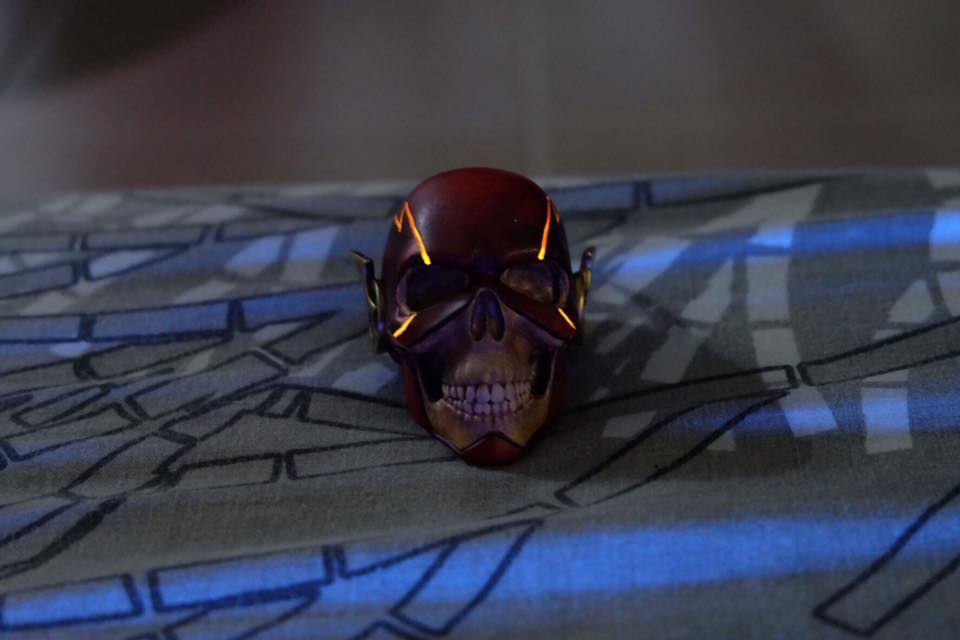 Private project of a 3D figure of Batman, inspired by the story of The Justice League “The Tower of Babel” by Mark Waid, with interchangeable .

Several tests were made with different scenes, faces and poses for the 3D model.

Once we have chosen the composition we wanted to work with, we were shaping the character and its pieces until the sculpture was telling the story at its best.

We managed to tell the story we wanted composing a scene in which Batman appears sitting on his throne, surrounded by weapons and equipment of the other members of the Justice League that has defeated.