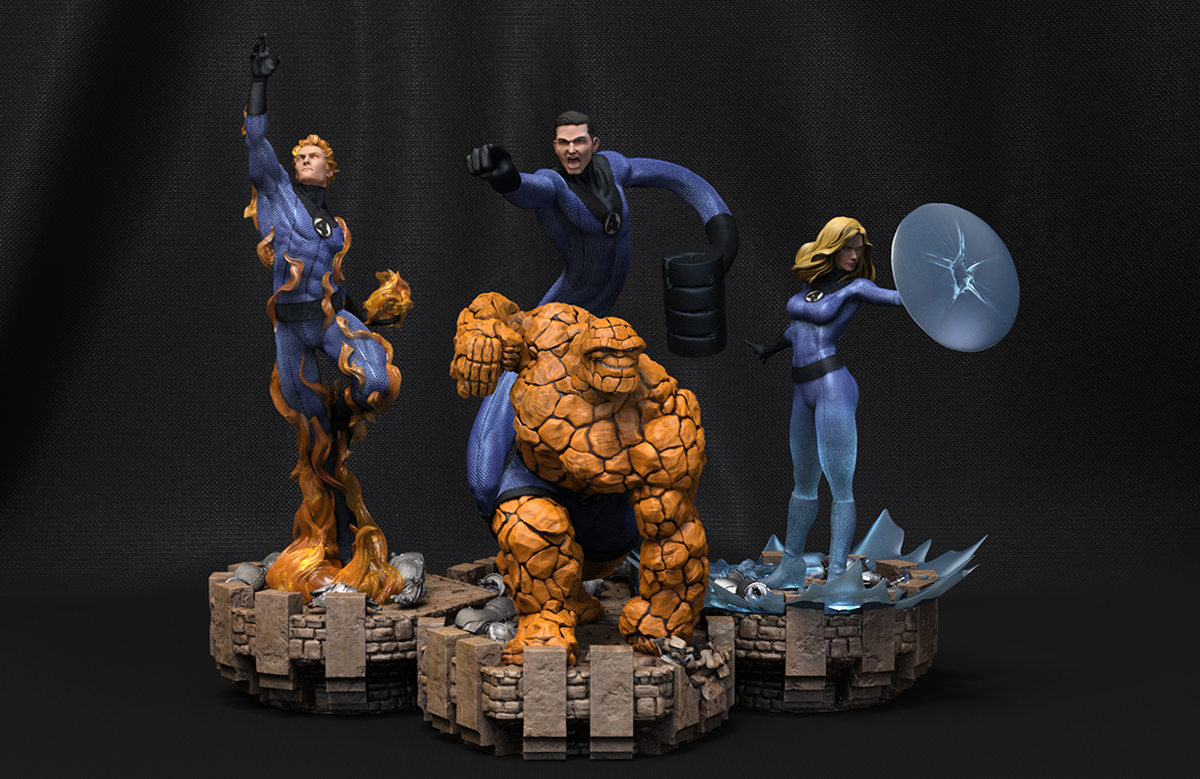 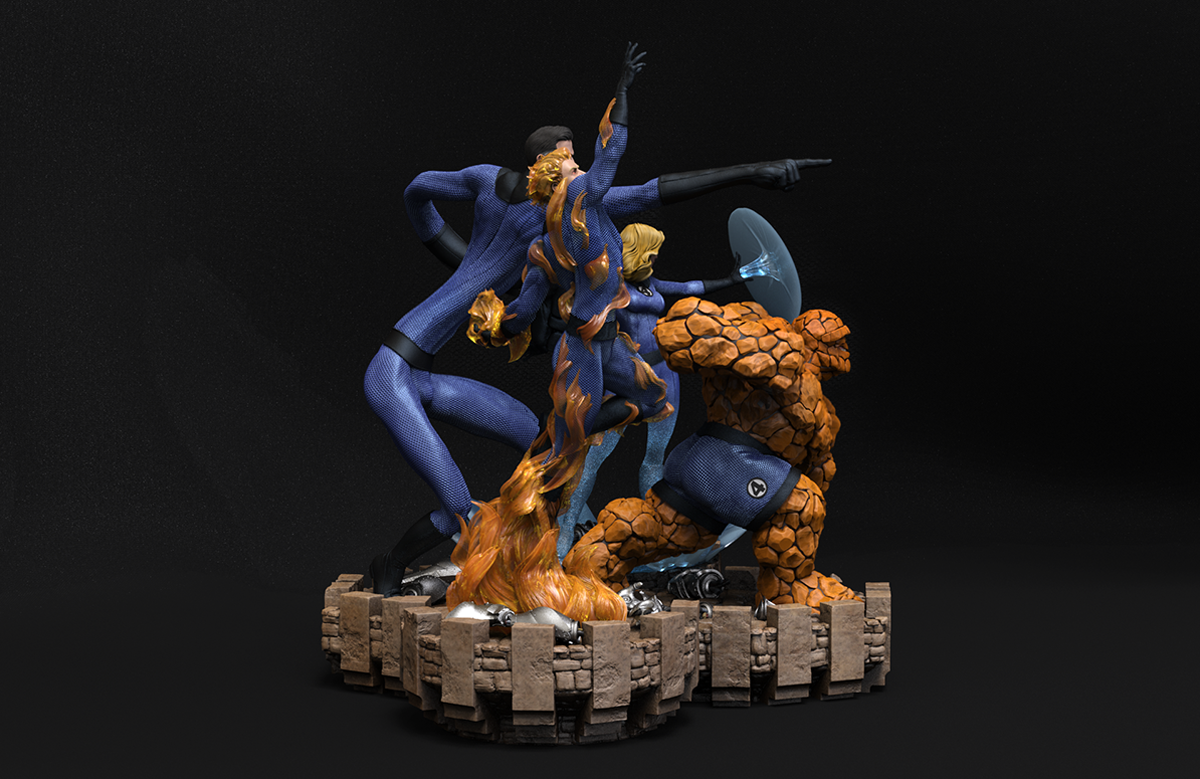 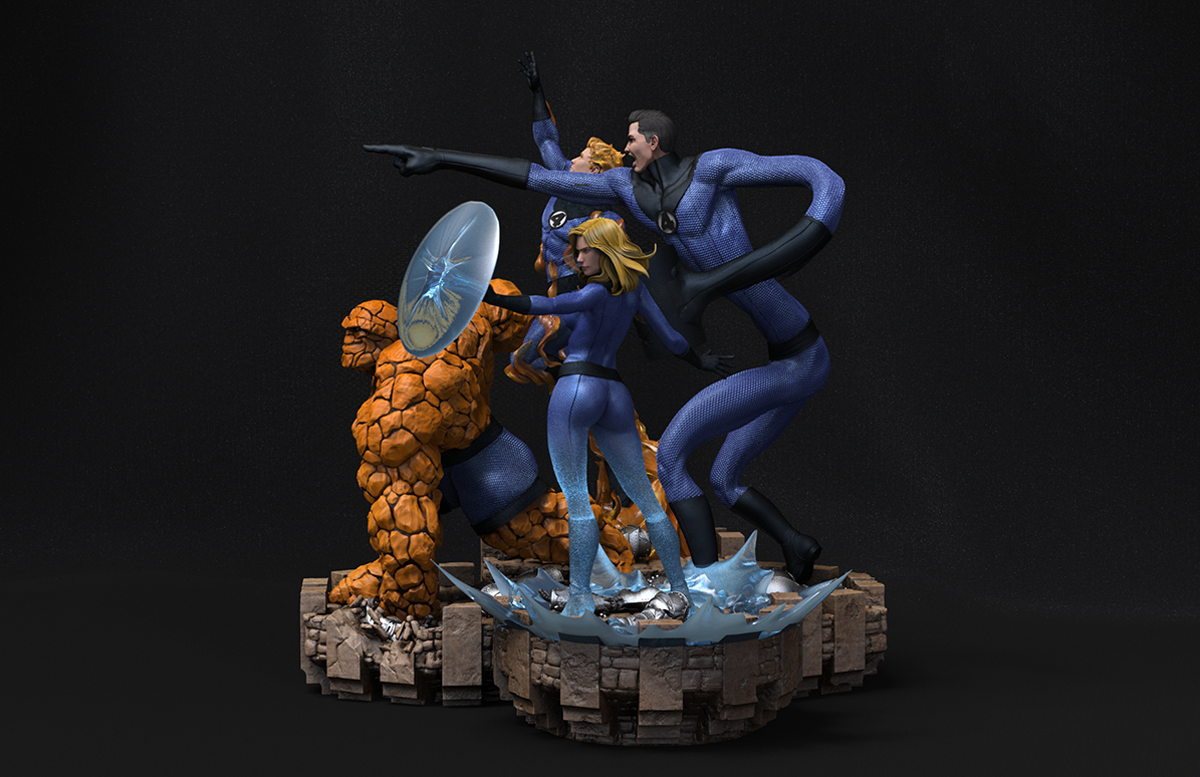 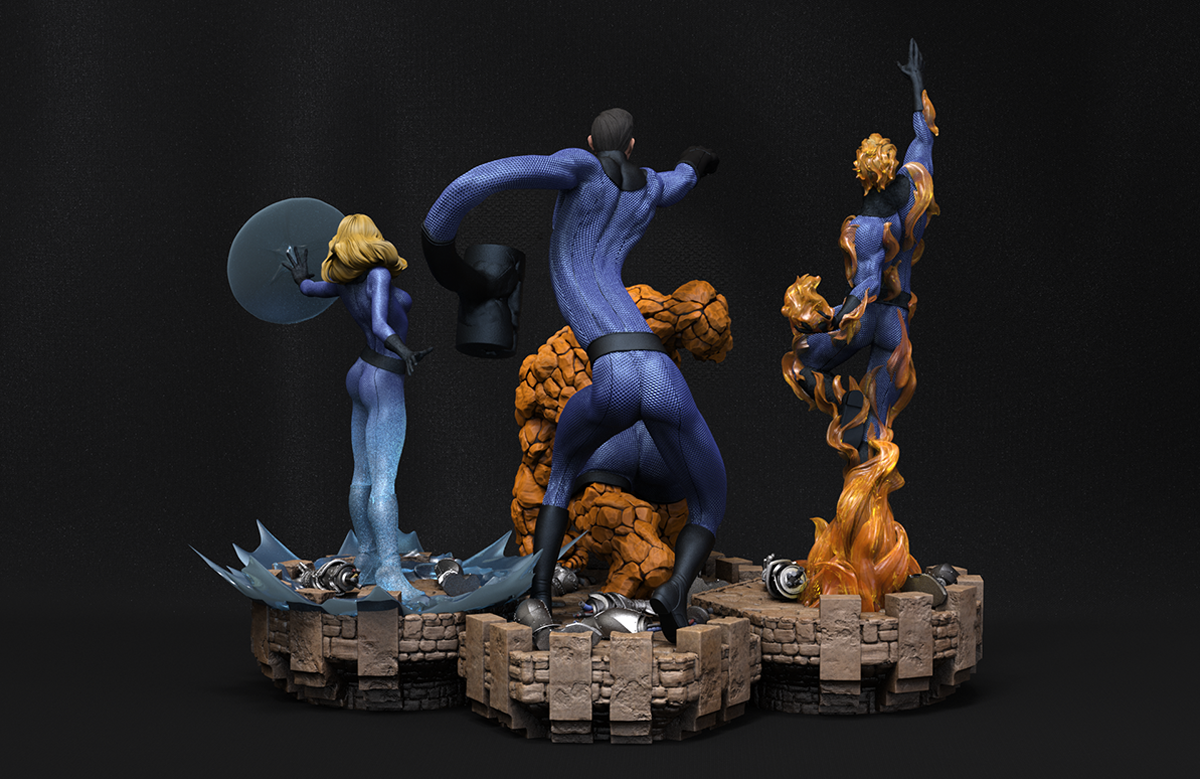 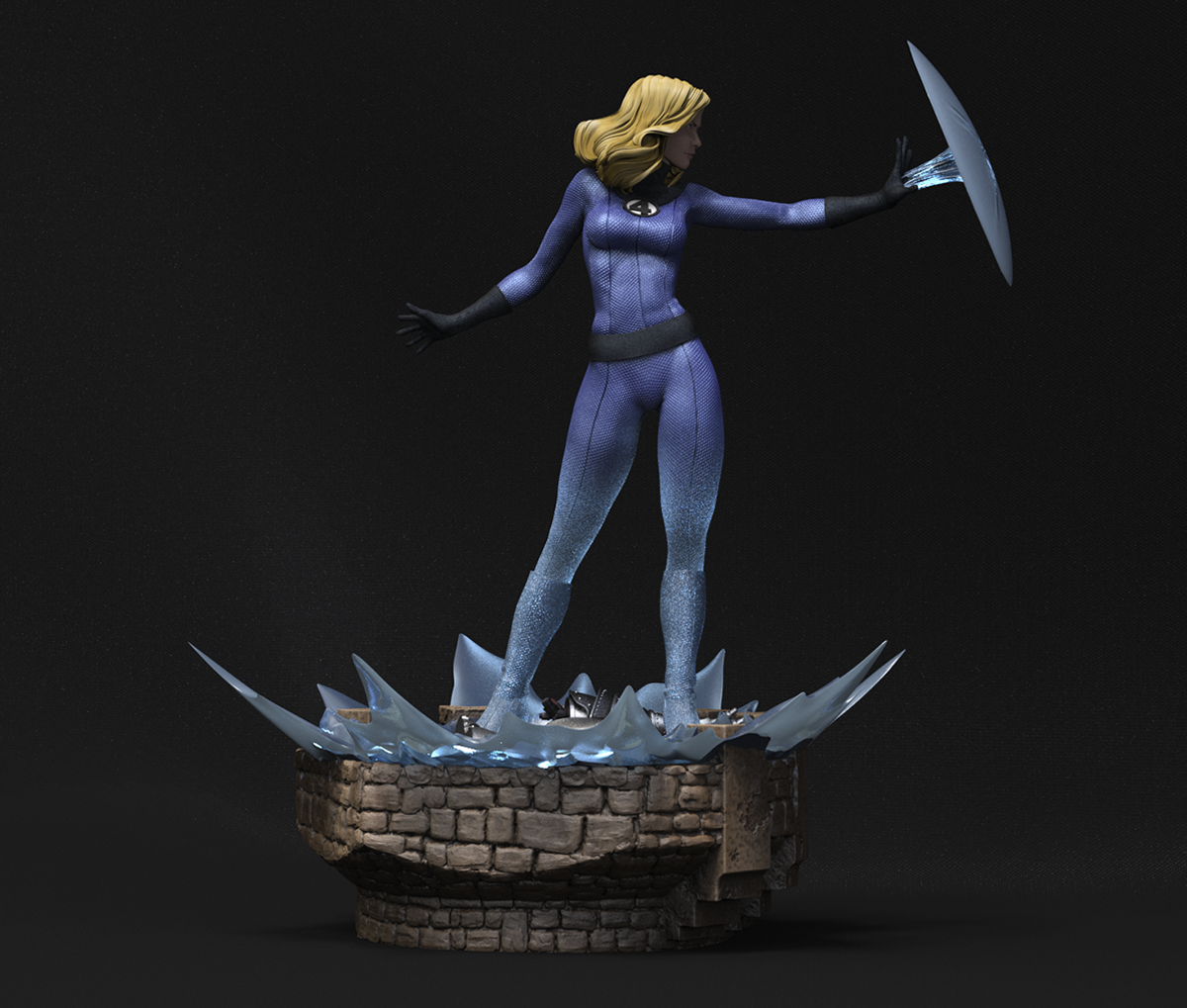 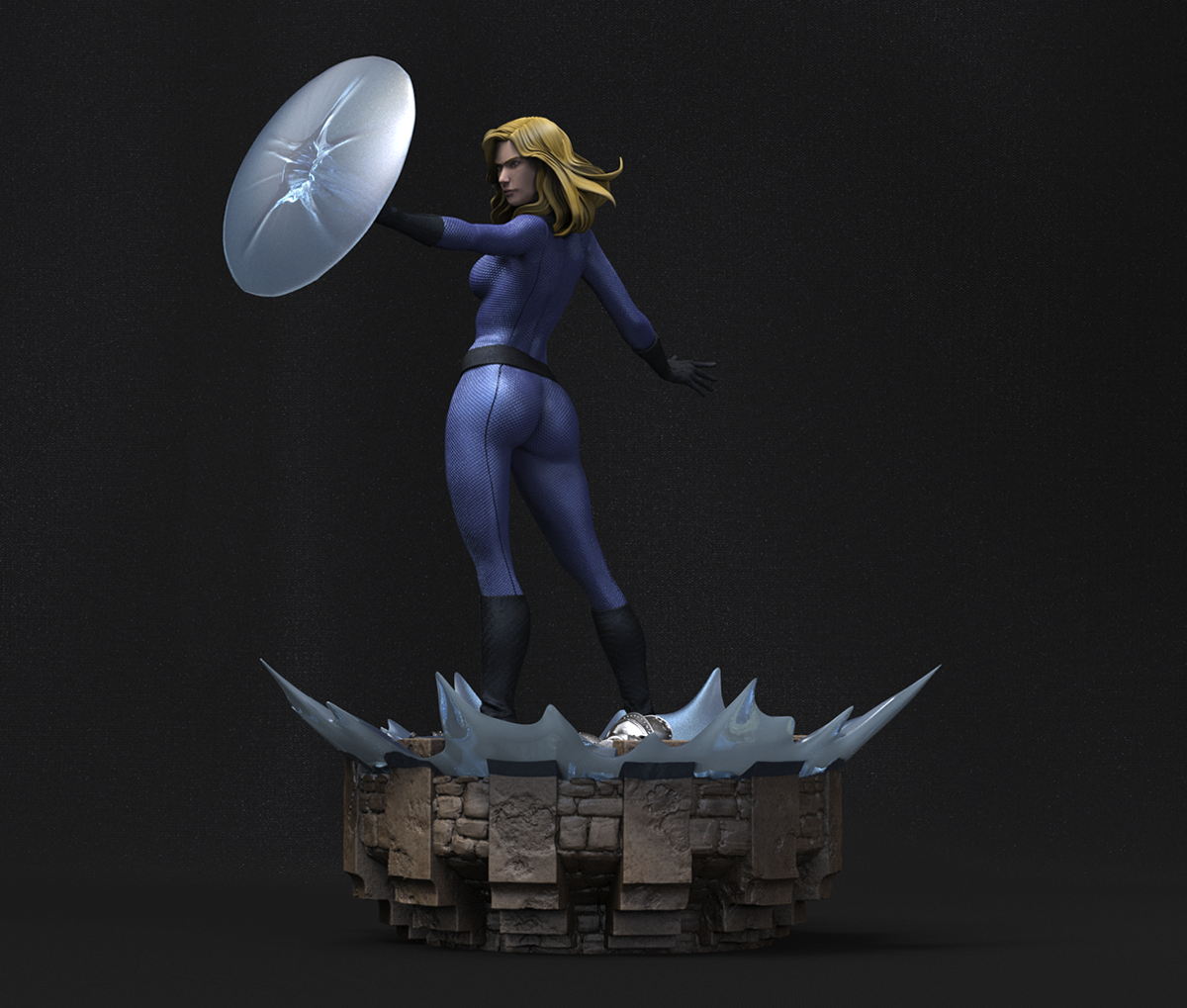 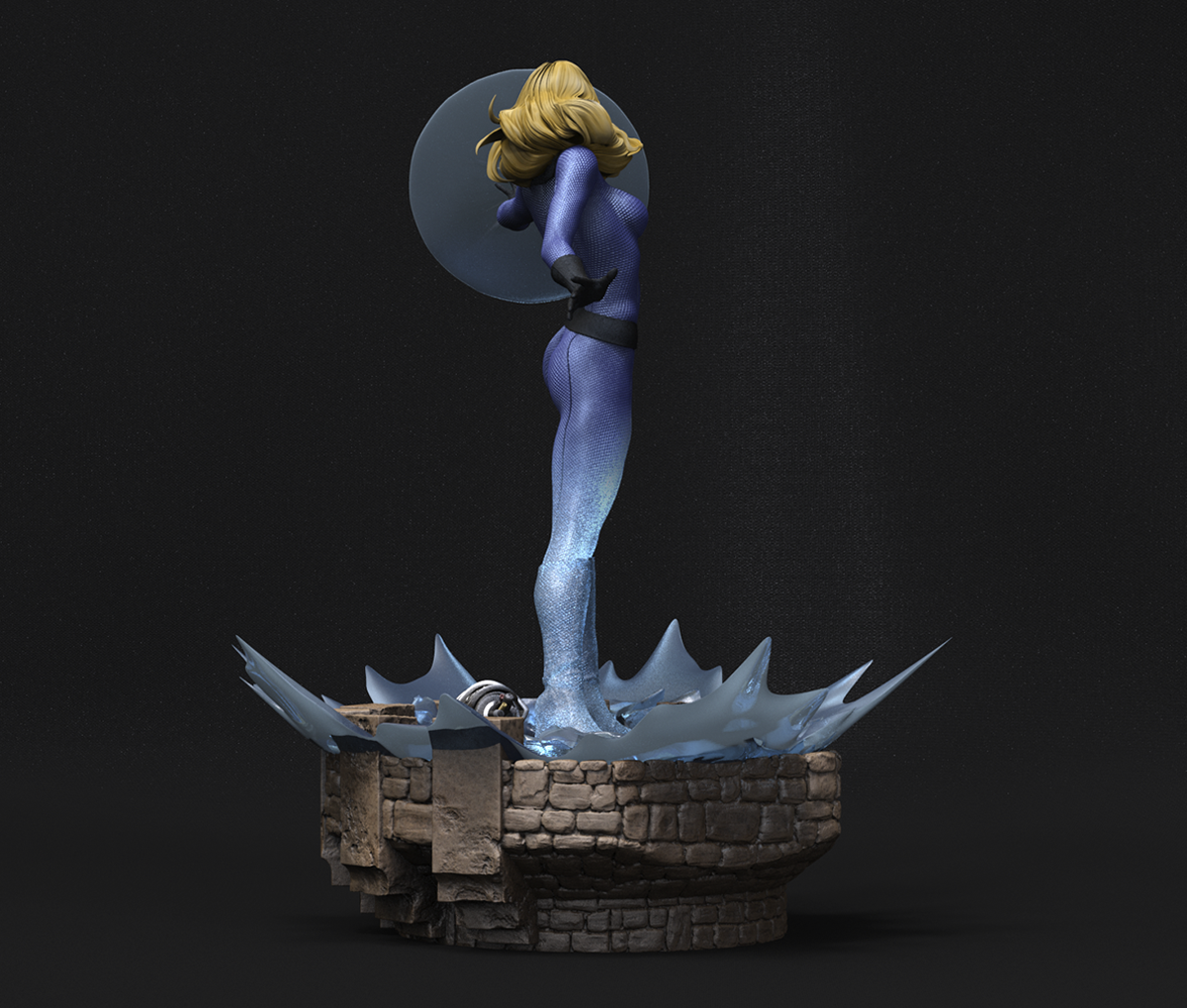 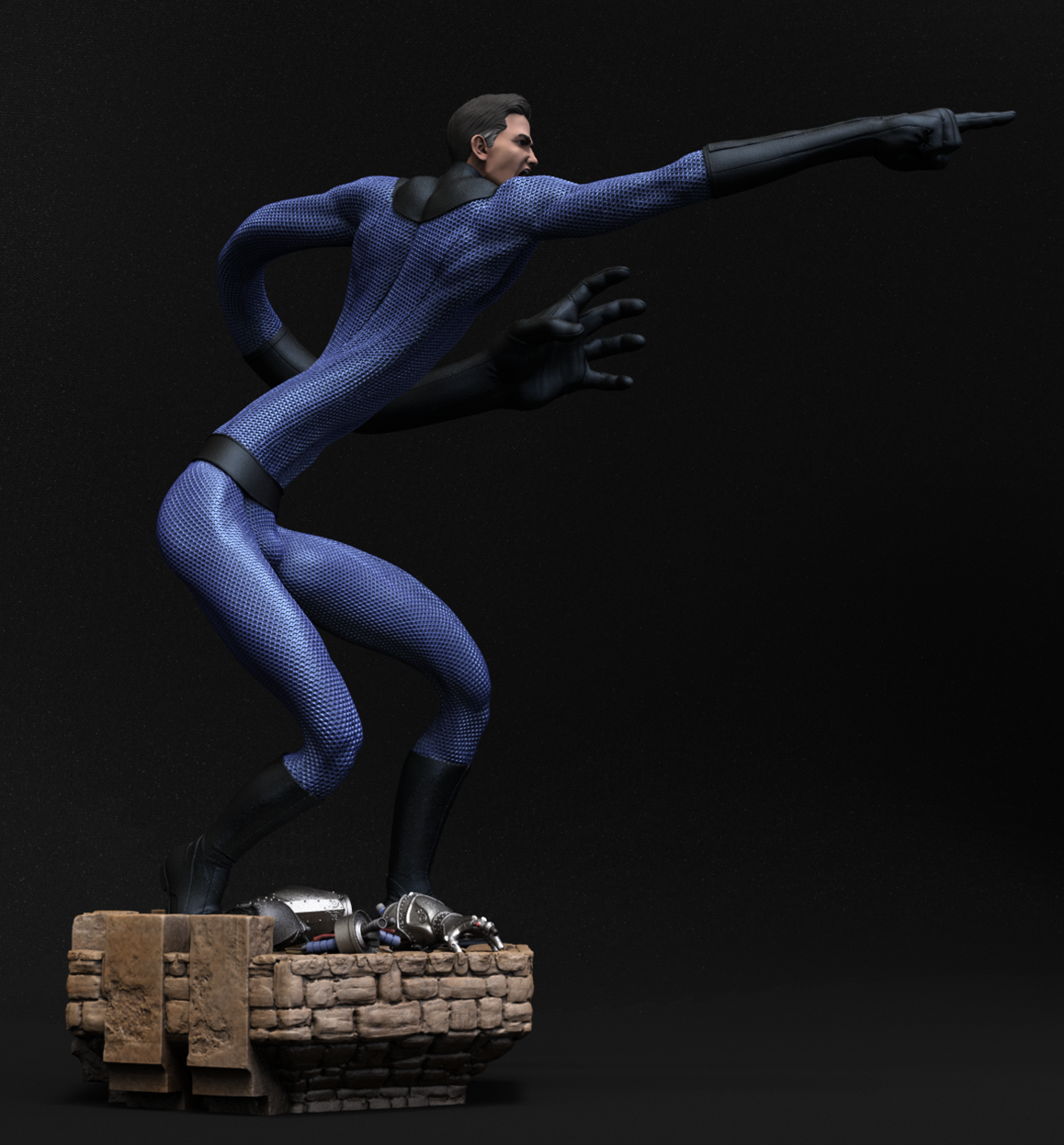 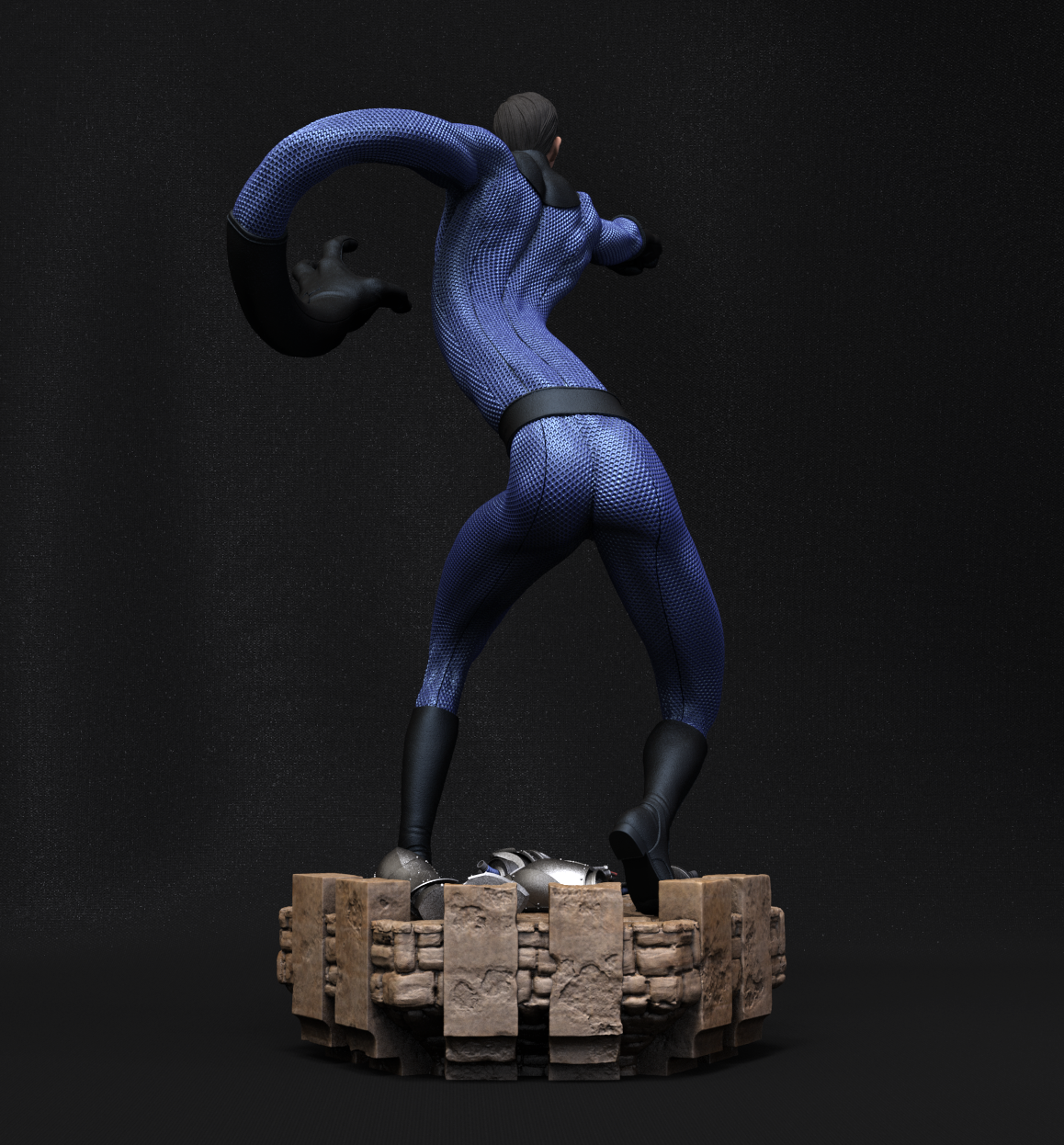 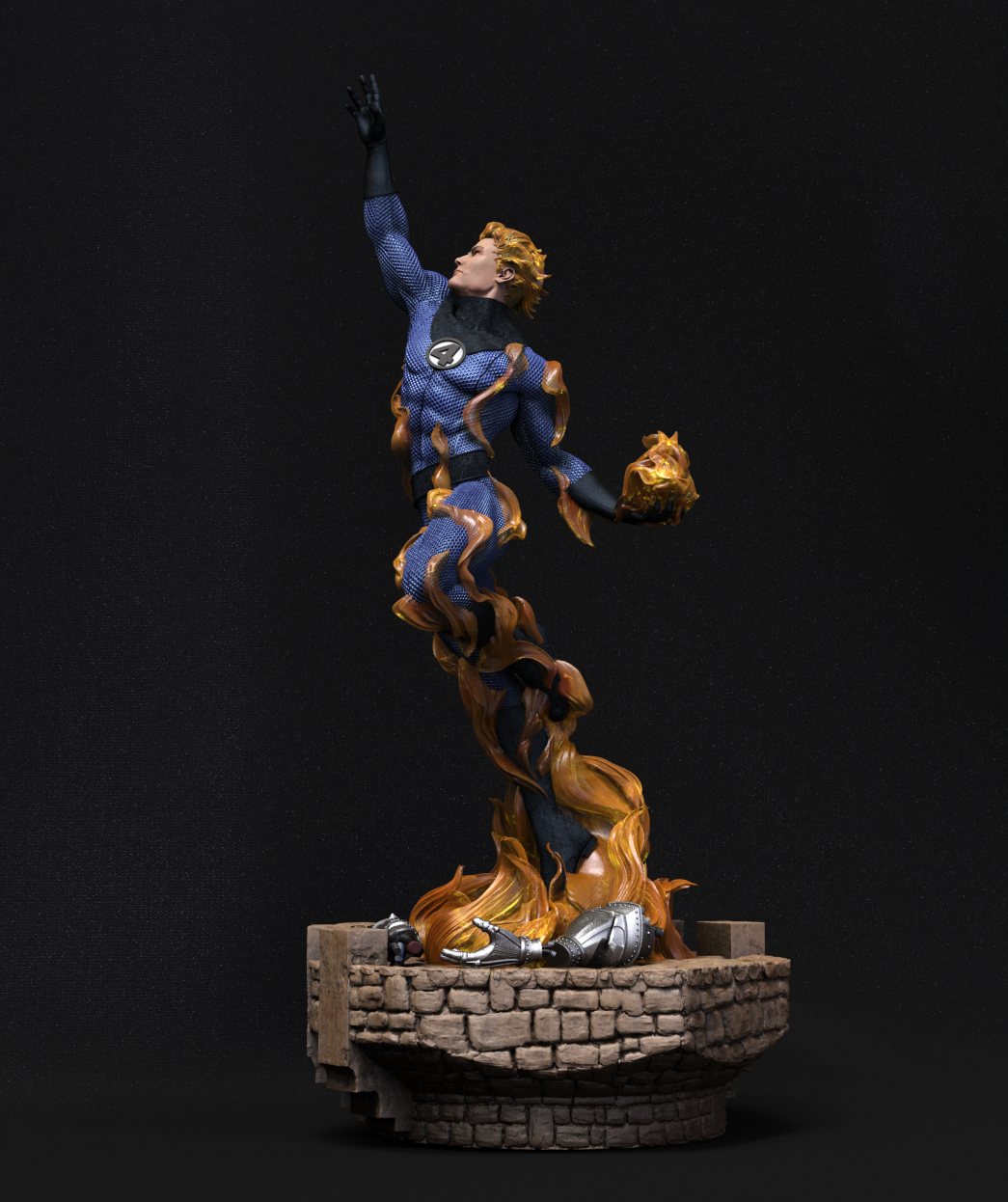 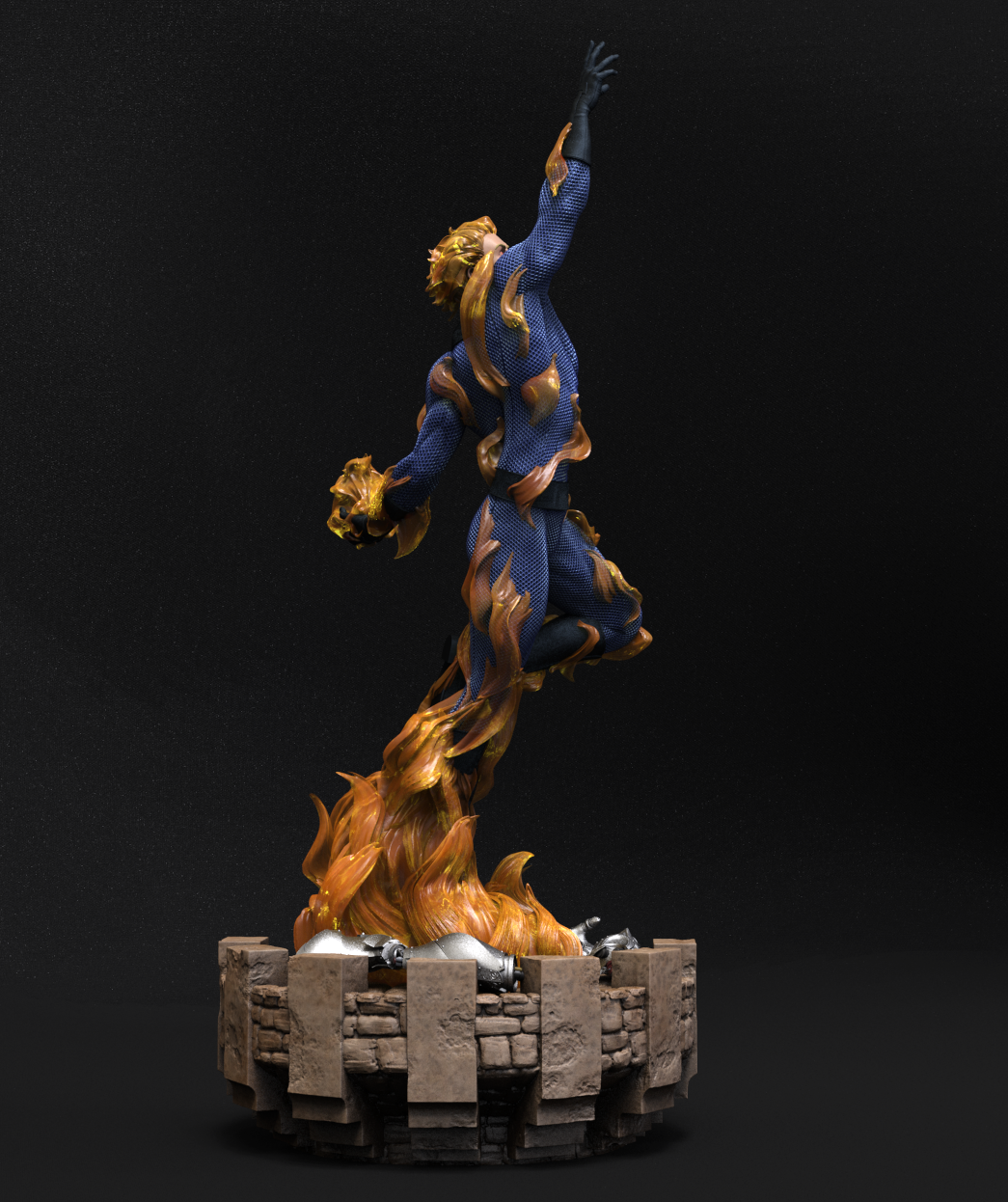 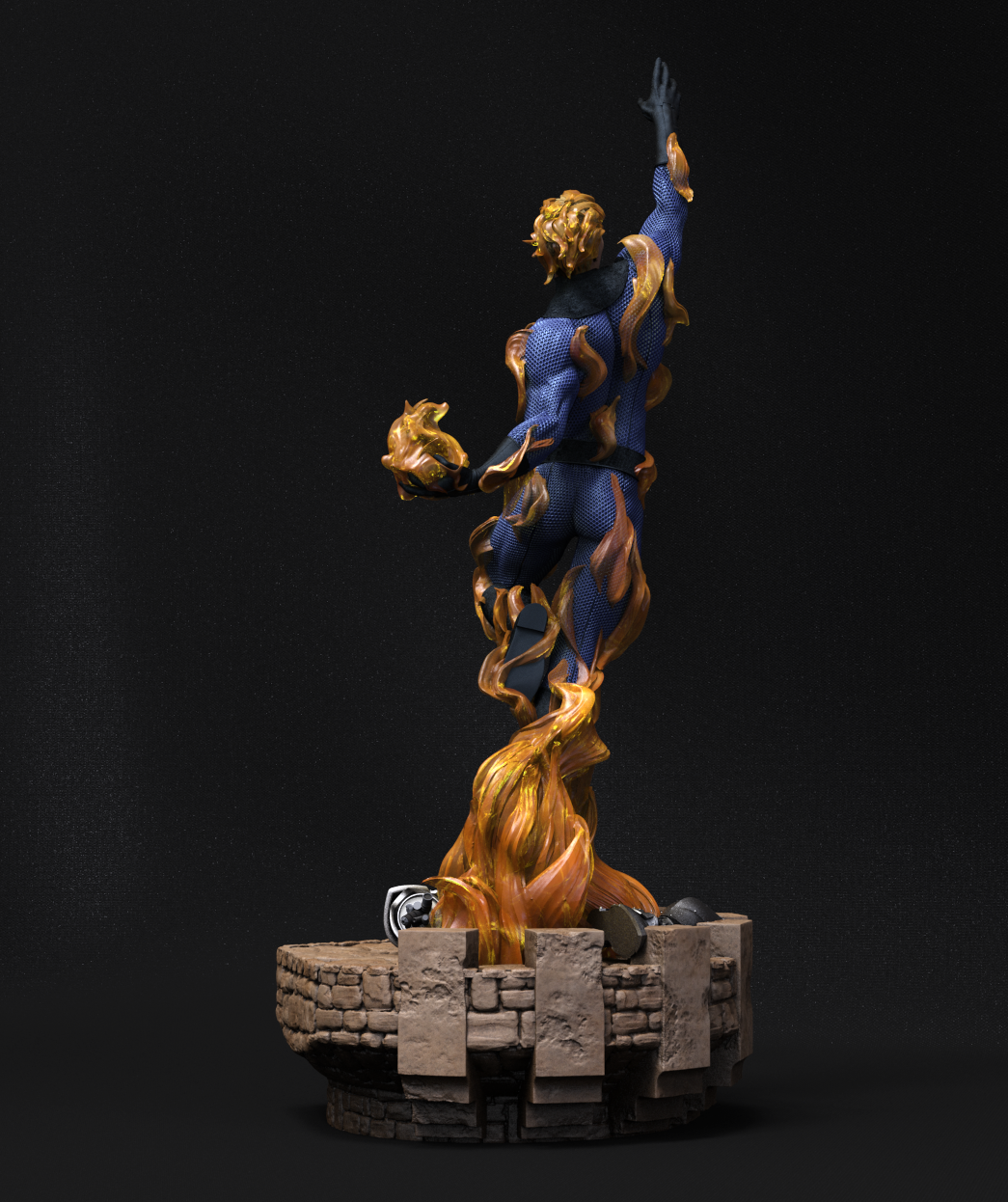 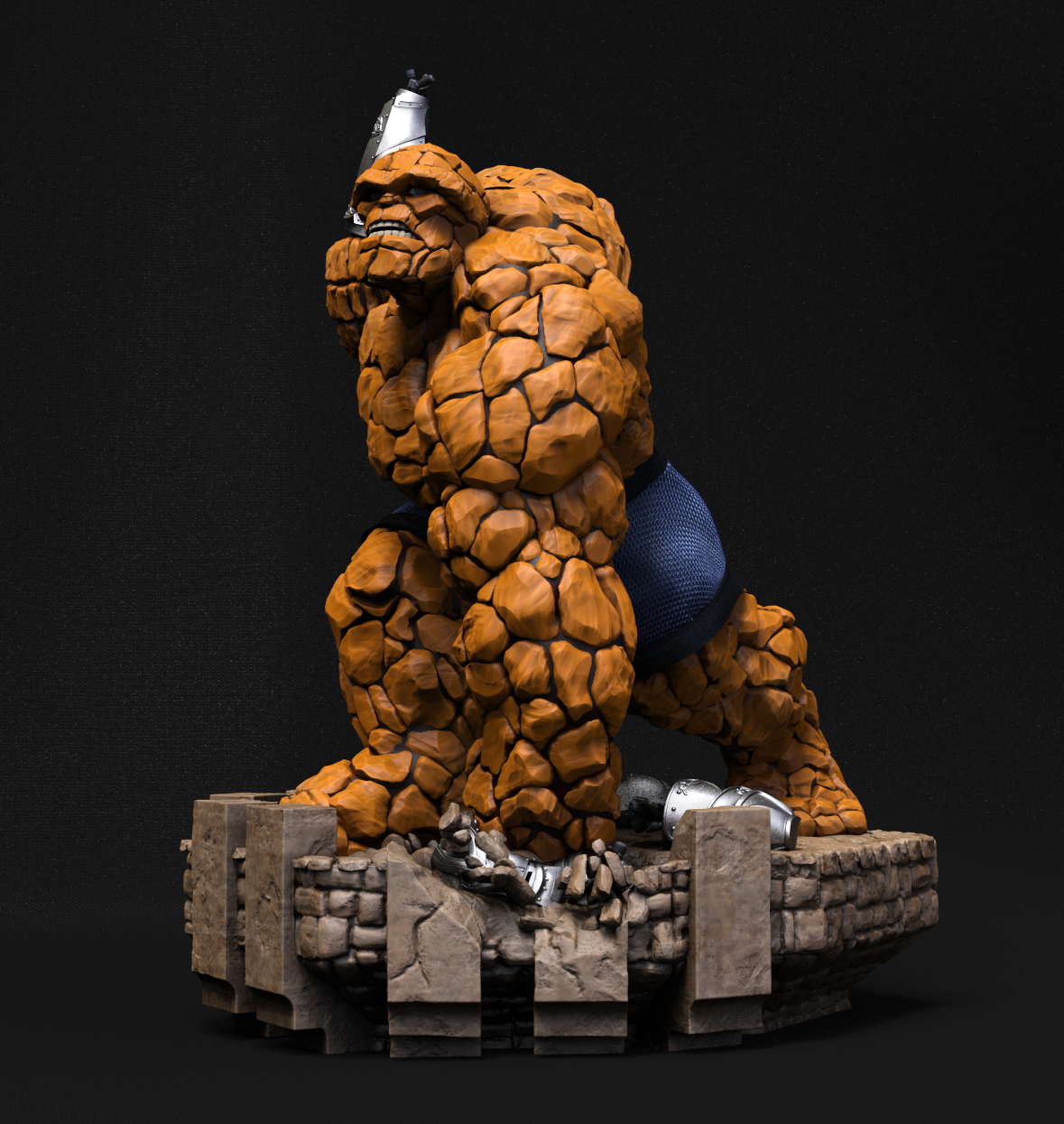 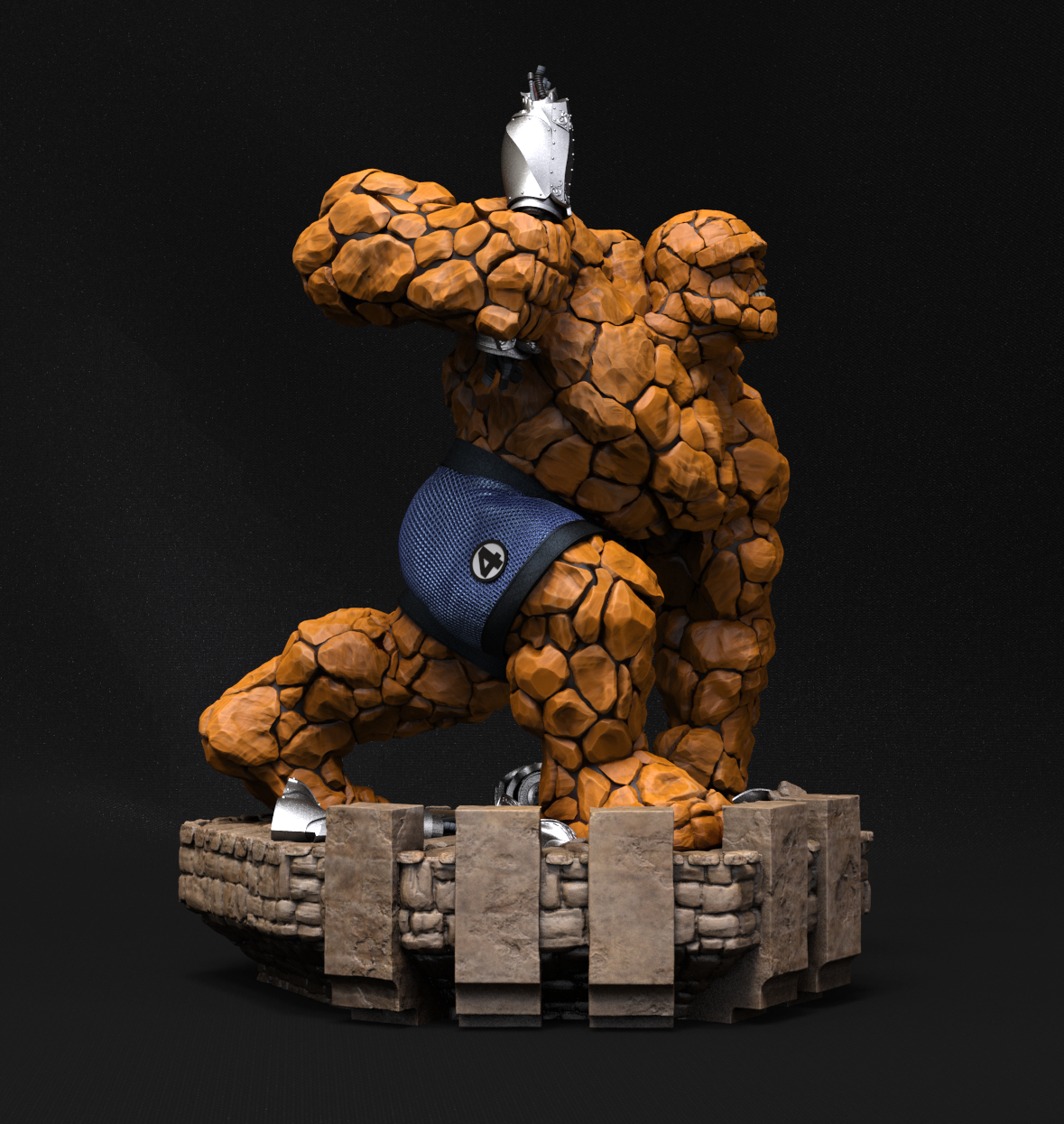 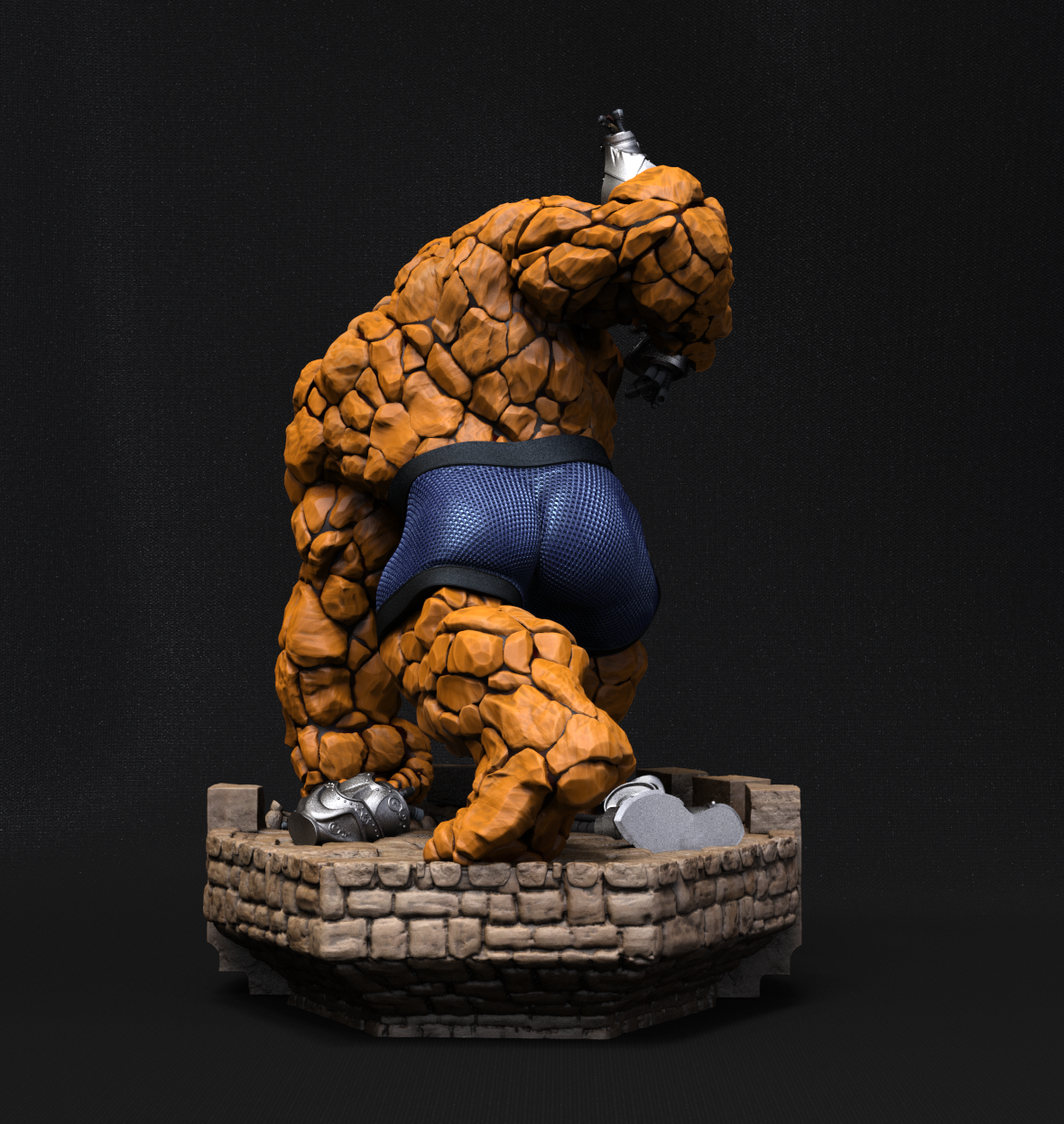 Private project of a 3D scene composed of four figures of Fantastic Four.

After we looking for references in comics of the characters together and separated, a scene was designed where each character had an attractive pose independently and together with the other three.

Once the composition and pose of each character was clear, we began to work each character independently, improving his pose and defining from the facial expression to the detail of each one.

Each figure has its peculiarities:

Human Torch has fire at the base, and on some parts of its body, and the hair looks like fire too.
The Invisible Woman has in the base something that represents a field of force, with transparency, that also leaves its hand.
The Thing, in addition to a comic style finish, has interchangeable parts. It has two heads, with two different facial expressions, and two hands, one of them with the closed fist and the other one where it holds a Doom Bot part.
Mister Fantastic also has interchangeable parts. It has two arms, one has a giant hand and the other one instead of hand it has a hammer.

In addition to the figures we was modeled a base that looks well alone which could also join the others forming a single larger base.

We modeled four independent figures with a high level of detail and realism that could be joined by their base and to form a single 3D scene.